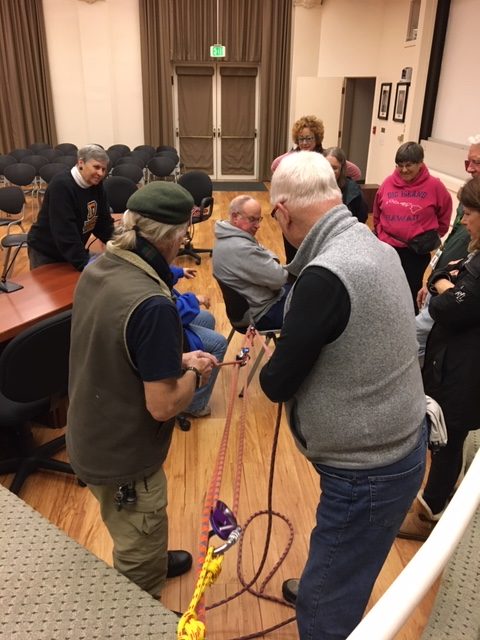 Many of us have a bit of time on our hands. What better use for this spare time than to learn how to tie knots?

Let’s start with the Top 10 Knots, briefly described and nicely tied at NetKnots.com:

While there are literally thousands of knots, in reality a person can probably get by with about ten good knots committed to memory. Even in this day of straps with buckles and bungee cord, knot tying is still a key outdoor skill that at a minimum can make your life easier and at times could even save a life in a survival situation requiring first aid or rescue work. The knots in this top ten knots section make for a good selection that should cover most situations. Included are three knots to make a loop, four hitching knots and three ways to join two ropes (Bends).

Ready for a few more? Check out the Search and Rescue set at Animated Knots. Scroll past the pictures to see a knot selector, “Which Knot should I Use?”

Last on this page is about pulling things. You’ve got something tied with safe and reliable knots, and now you need to move it. Let’s say it’s heavy. Use your rope with pulleys to make this task easier.

Pulleys are amazing because they help make light work of your lifting and pulling. The more pulleys you use, the less force you need to pull heavy objects. The “mechanical advantage” is a measurement of how much your rope and pulley system leverages your pulling force. The site Rope Rescue Training.com describes this idea and how to measure the forces:

A system’s mechanical advantage is expressed as a ratio using a colon. For example, a 2:1 or 3:1 system (these are pronounced as a “2 to 1″ and “3 to 1″). The first number represents the force on the load and the second number is the force that the rescuers are pulling on the rope. For example, when using a 3:1 system, for every three pounds of load, the rescuers will be holding one pound. This means that the rescuers will only need to pull 100 pounds to raise a 300-pound load. 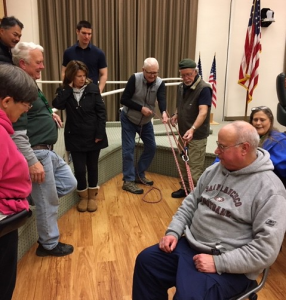 We had a chance to try this out using a single rope and a few pulleys. Classmates took turns on the sitting and pulling sides, each testing their mechanical advantage in moving the “load.” In an earlier class we learned how to tie a prusik knot and hasty harness for those times when we don’t want to fall from a high place. Just in case.

Our thanks to instructor and outdoorsman Tom Bates for his rope demonstrations, handy tips, and links. 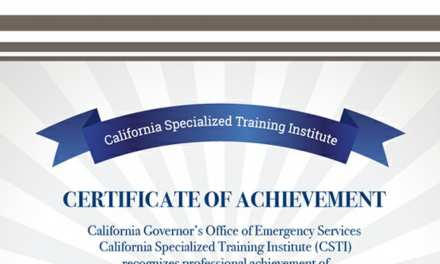 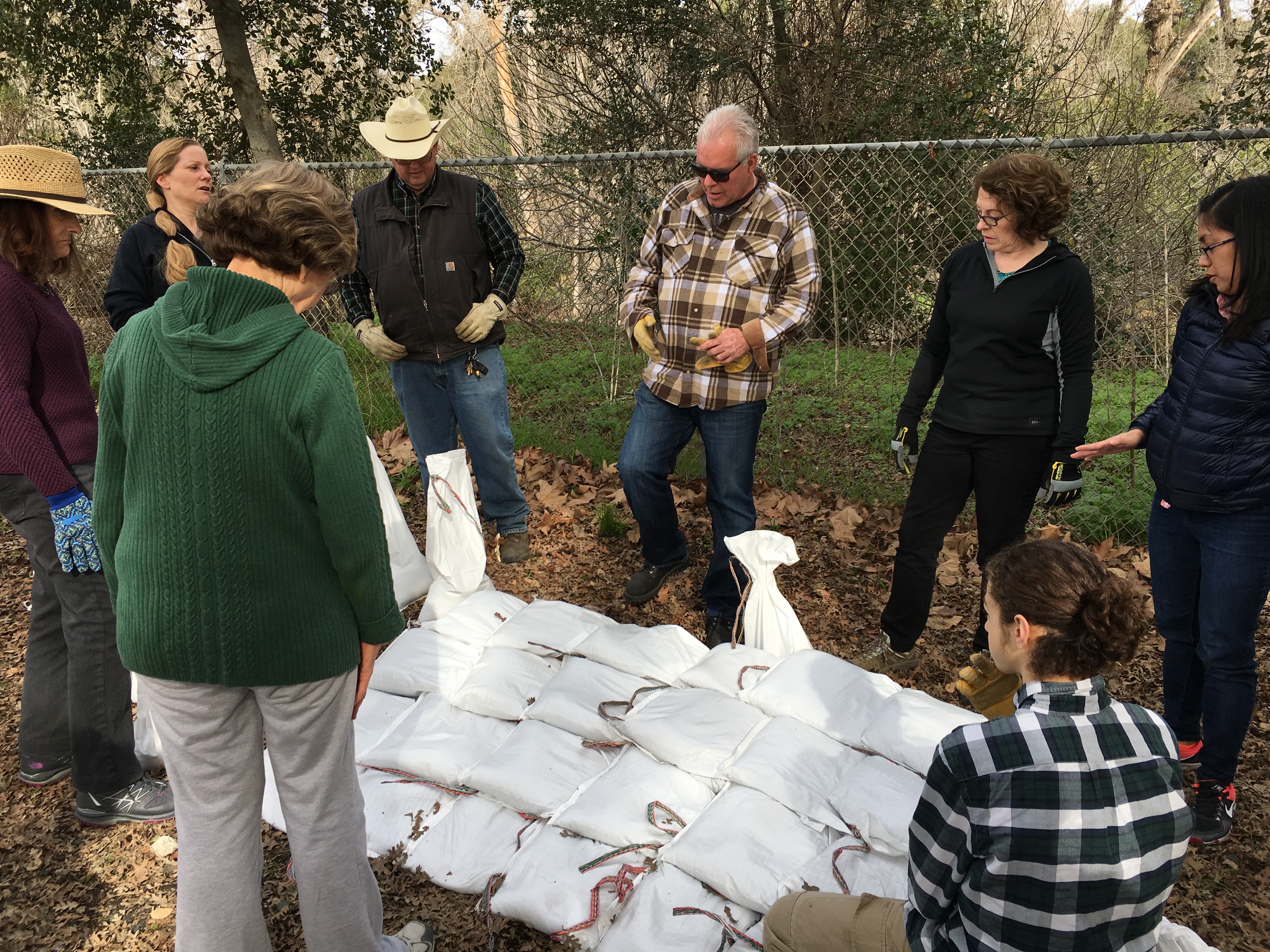